GC Garcia, Inc. has experience working with homeowners and developers in situations where golf courses are looking to be redeveloped. Due diligence is prior to development is key. Know what you are buying and the risks you are taking.  The link below is a story that aired recently on Fox 5 Las Vegas about the Black Mt. Golf Course potentially closing in the fall with George Garcia, President of GC Garcia weighing in on golf course closures. 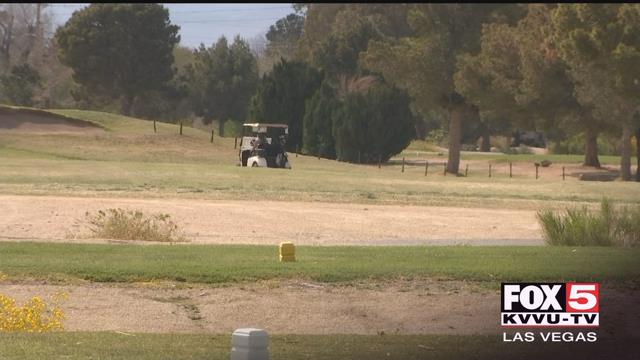 The Black Mountain Golf Course and Country Club in Henderson could be shutting down by this fall if it cannot find a buyer. People who live in the area said they have grown used to brown grass from the bankrupt course in their backyards, but golfers still hit the tees regularly.

Black Mountain is one of the latest courses in the valley to deal with financial troubles. Legacy Golf Club recently reopened after being purchased by new owners Georges Maalouf and Eddie Haddad. Silverstone Golf Club and Badlands Golf Club are both closed.

George Garcia, the president of planning and development services firm GC Garcia, warned that the industry has become a lot more risky than it used to be. Black Mountain is one of the longest-standing golf courses in Nevada.

“Some of them, from what I understand, were losing money. Others weren’t making as much money,” Garcia said. “I rented on a golf course and wouldn’t buy for this exact reason.”

“Went by a few other golf courses on my travels today and saw how nice and green they were, so I hope they start putting some water on this,” homeowner Denell Hahn said.

Nobody stepped up to finalize the purchase of Black Mountain. Hahn said she and the rest of the community have not been happy with at least one of the potential buyers.

“They want to put in high-density housing that’s going to really deteriorate the whole neighborhood,” Hahn said. “Ten-thousand car trips each and every day … Schools in this area are maxed out. We also know that the emergency services in this area are at maximum use. So it was a very poorly thought out plan to begin with.”

If someone purchases the property and would like to develop it, the new owners would need to seek permission from the city of Henderson for rezoning. Most homeowners are hopeful that the city would not let that happen.

Hahn, and other neighbors, have signs posted in their neighborhood stating that they want to save Black Mountain. They said they believe deed restrictions on the course should prohibit anyone from developing the golf course into something new.

Representatives at Black Mountain have not respond to calls requesting comment. Employees at the property said they were not worried about losing their jobs because the property management company they work for owns several other courses.